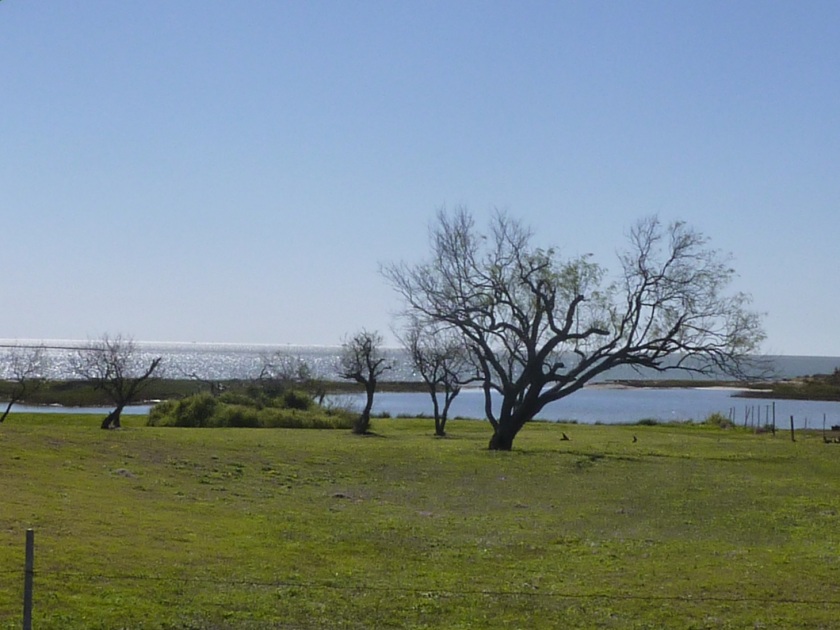 From Montgomery we went south to Mobile, AL.  Not too interested in the downtown although we did ride around, we as usual are not big city kind of folks.  The most interesting thing about downtown is that it is so tight that there are tunnels under the big buildings on I10 and another tunnel under the harbor so you go directly from downtown to the industrial port area in seconds.

South of Mobile we visited Dauphin Island (pronounced Dolphin haha).  There is a lot of military history with Fort Gaines which was established in 1821 and best known for its role protecting the Mobile Bay during the Civil War.  We planned to walk around the fort until we were thru the gates and they were charging $8 each to walk around.  We still prefer to find free entertainment on our adventures.

Dauphin Island also had some major storm damage, I assume from 2018 storm Michael??  The western end of the island was in bad shape and there were still utility crews repairing the electricity.  Most streets were covered in sand and it appeared that the houses were on the strand, no dune line remaining at all.

But just a couple of miles back, at the public beach access where we enjoyed a picnic, we were surprised to see how much dune there was.  This was a healthy dune with views of off shore oil platforms???  Again, I am against off shore drilling.  It is an eye sore and, in my opinion, dangerous for our ocean and the ecological life of barrier islands.  But it appears that it is the norm in this area and a lot of the Gulf of Mexico from here west. 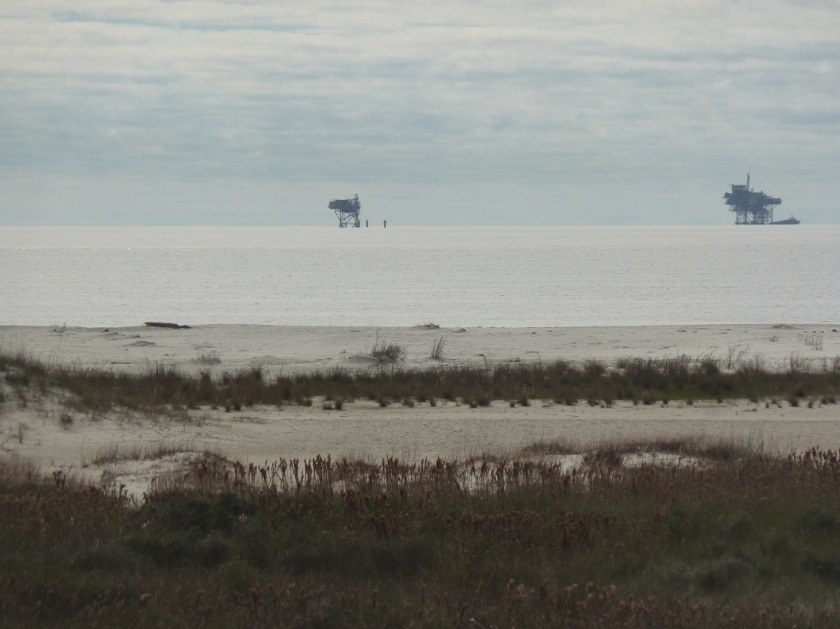 From Mobile we headed west on familiar Interstate Highway 10 thru Mississippi and over the Mississippi River in Baton Rouge.  We landed in the middle of Atchafalaya wildlife area.  If you have ever crossed Louisiana on I10 you crossed the 20 plus mile bridge over numerous bayous, deltas, rivers, creeks etc. ever body of water you can imagine several miles inland.  Interesting fact… I learned the difference between a delta and a bayou…  A bayou is a very shallow river.  A small sluggish waterway through lowlands with almost imperceptible flow of water I assume that much of the Everglades would be considered a bayou??  While a delta is the fan of river sediment that some times forms a land mass at the base of a river, other times forms a fanned shaped shallow area.  The sediment is washed down river and settles where a river enters an ocean, sea, lake or other body of water. .  They are similar to moraines that were formed from glacier formation that we have seen elsewhere in the country.  Southern Mississippi and Louisiana are covered with both of these water features.

We stopped on one of the only exits from this extra-long bridge near Butte la Rosa.  Nice no frills campground with lots of open space.  Day tripped a little along numerous rivers most with levees, guess that’s a norm here but messes up the river views…  This church in Martinville remind me of the yellow church in Prince Edward Island, Canada and come to find out that many Acadian people were exiled from Nova Scotia (near PEI) and settled here in LA…  ergo connection to yellow church??? 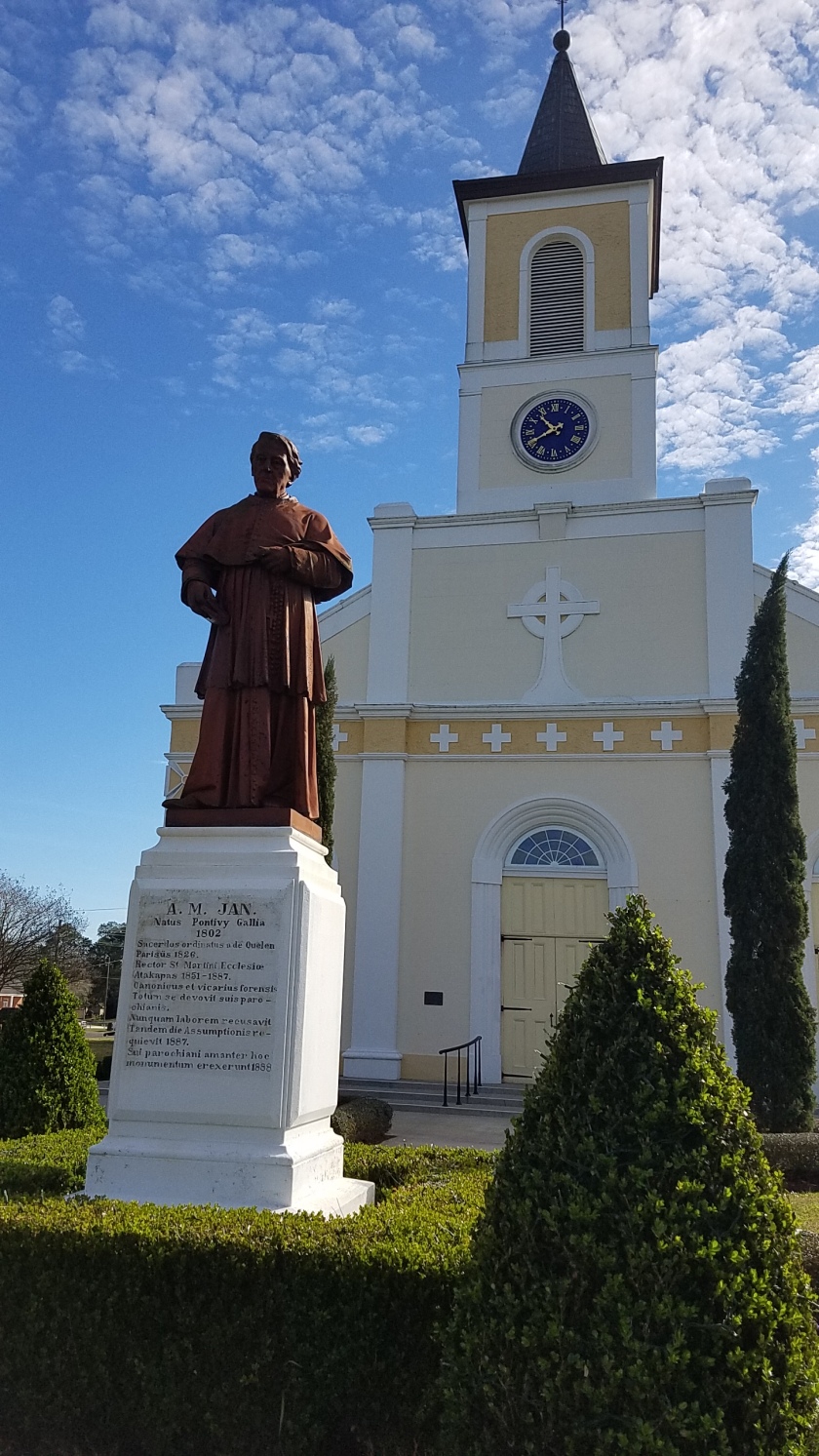 From there East Houston uggg.  Not much to say.

And a wonderful as always visit at the Triple L Ranch.  Love you guys and can’t wait to see you again.

Peace and Justice to all.  And Love!!!